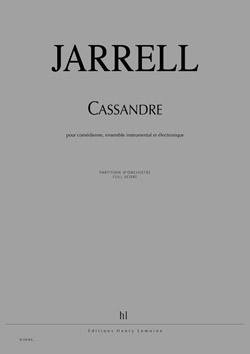 The electronic sections of this work were produced at Ircam.
Electronic Music Design: Pierre Charvet