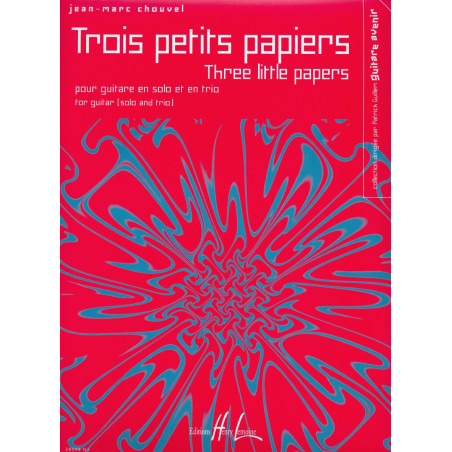 It is the American composer John Cage that gave us the concept of "preparing" an instrument. He began by inserting metal objects, erasers, pencils, ... into piano strings to imitate percussion instruments during a dance performance.
Here the preparation of the guitar is minimal.
It consists simply of sliding a piece of thick paper (approximately 200 g/m) between the strings. The paper should be about twenty centimetres long, and as thick as the fingerboard (or 210 mm by 65 mm). The manner of inserting the paper, and where to place it, is indicated at the beginning of each piece by a small diagram that shows the fingerboard as seen from the front. This modification obviously exerts an important influence on timbre.
In the first piece, the effect clearly resembles the "timbre" of a snare drum. When the drum's springs vibrate under the surface of the instrument's skin they add a characteristic metallic sound. The principle of modifying the sound by adding objects, that create supplementary vibrations, is very old. They are generally called "resonators ". For a guitarist, these "buzzing noises" are considered defects that should be eliminated. Certain cultures however don't share our taste for "pure" sound and musicians in these cultures are often more concerned the characteristics of timbre, than with the actual pitches.
In the third piece, the set-up suggests the "senza" or "thumb piano" that is known in most of Africa. The guitarist can easily simulate the very specific atmosphere produced by these instruments by preparing the guitar in this way and then improvising on it.
It is however in our own civilisation that we find an equivalent of the sonorities produced by the "preparation" in the second piece. In fact, the "muted" quality of the sounds gives the instrument an unusual magic. It is the same technique that produces the "lute" stop or style on the harpsichord. Small pieces of felt actually mute the harpsichord strings at one end.
The fourth piece is a trio where each guitar uses the "preparation" from one of the preceding movements. This piece combines fairly different textures and rhythms in a form, which evokes the arbitrary, yet somehow structured vegetation of the stony scrub found in the Lozère region.
This piece is dedicated to the memory of French composer Julien Copeaux. 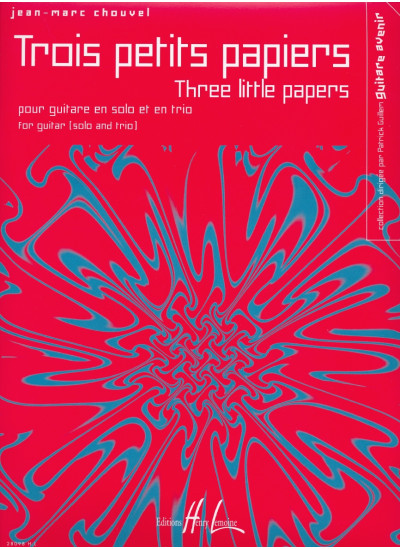 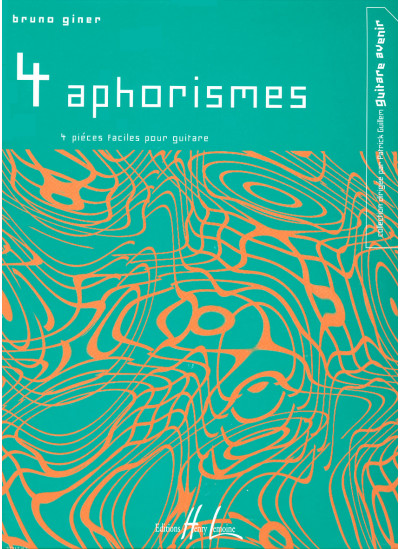 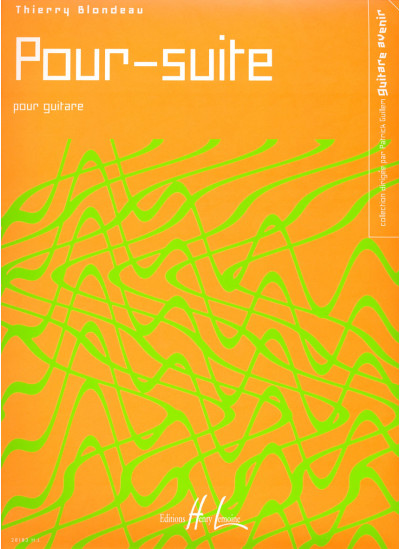 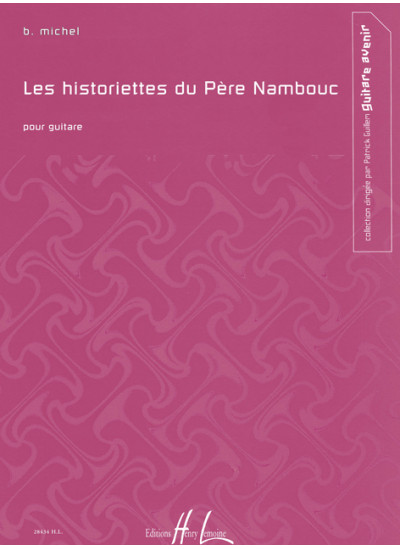 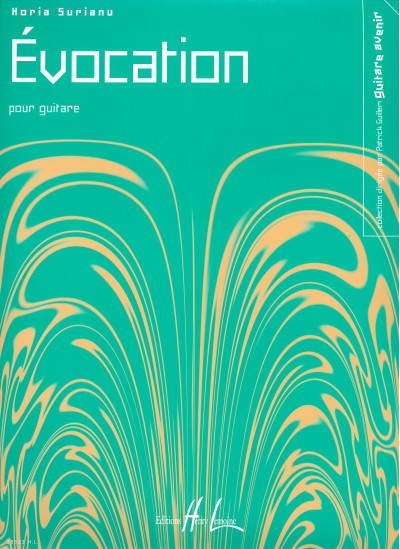