Jean Jobert, after having worked for several years with Eugène Fromont at the beginning of the 20th century, and having met composers such as Claude Debussy, Maurice Ravel, Maurice Delage, etc., decided, after Eugène Fromont's death, to take over his publishing business and to buy other publishing businesses, thus creating, in April 1921, Editions Jean Jobert. At the start of this adventure, the company's jewels were obviously a number of works by Debussy, including Le Prélude à l'après-midi d'un faune, Les Nocturnes and La Suite Bergamasque with its famous Clair de Lune. These major masterpieces of the musical heritage have made it possible to finance many new works. Works by Maurice Delage, Manuel Rosenthal, Paul Paray, etc. were published in the first premises occupied by Editions Jobert, on rue du Colisée in the 8th arrondissement of Paris. 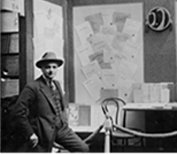 In 1957, Jean Jobert passed on his company to his daughter Denise Jobert-Georges. She continued the policy initiated by her father: an approach based on the principle of pleasure and the totally subjective choice of its director, with a development of "sure values" and "risk-taking". Composers with whom she forged friendships, works that touched her and an abundant Festival, that of Royan, enabled her to meet up with up-and-coming composers in the 1960s and 1970s, and it was thus that she published more than 400 works; Maurice Ohana, Alain Bancquart, Hugues Dufourt, Emanuel Nunes, Philippe Boesmans, Ton-That Tiêt, Félix Ibarrondo, Edith Canat de Chizy and many others were welcomed in the premises of 76 rue Quincampoix in Paris in the 3rd arrondissement. 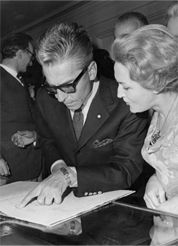 In 1995 Denise Jobert-Georges bought two important catalogues, Editions Costallat and Editions Musicales du Marais. The former includes about 400 titles, most of which are realisations or adaptations of baroque works, as well as a large collection of works by Berlioz (Editions Costallat having acquired Editions Richaud, Berlioz's first publisher) and the latter includes a critical edition of certain works by César Franck, Georges Bizet, Ernest Chausson, Camille Saint-Saens and Emmanuel Chabrier.

With the arrival in 1998 of Tristan de Celeyran, Denise's grandson, at the head of the company, Editions Jobert took a new turn. Technology", necessary in a music sector in full evolution or mutation, through computerisation, the development of the Internet and an orientation towards new forms of communication. Several composers joined Editions Jobert (including Thierry Blondeau, Dominique Lemaître, Pascale Criton, Florence Baschet, Jean-Louis Agobet, Dao, Lucien Guerinel, Jean-Christophe Marti, Frédéric Durieux and many others), instrumental collections were created and an "interactive" Cig'Art department was created. In 2000, Editions Jobert became a member of the Association Le Living (Village de la création musicale contemporaine) of which Tristan de Celeyran was the first president.

Since 2007, Editions Jobert has been directed by Pierre Lemoine, and continues to renew its catalogue.