The electronic sections of this work were produced at Ircam.
Electronic Music Design: Serge Lemouton

Make the silence talk
"La Muette knew how to make the silence talk like no one", writes Djavann in his book (La Muette, © Flammarion 2008). Those words deeply touched me for they express one of the most beautiful metaphors in music. Through the lines of discourse, beyond words, I was listening to the silence of "La Muette". A rare and intense listening which joins the same internal listening I use when I'm writing my score.
I was listening to La Muette, I decided to write a new piece to make the silent voice of La Muette told by Chahdortt Djavann sound through music.

Choosing the extracts
The text put in music is composed of short extracts from Djavann's story. I focused on this woman's portrait, who conquers her freedom through silence in which she forms a strong love relationship with her niece Fatemeh on the one hand, and the Uncle on the other hand.
"She had made her silence become her art of living, her freedom" writes Djavann. The extremely dramatic tension, the flow of the singing in Persian language, and the oppression in relation to the Iranian context are trying to underline the independent beauty of that woman who resists and exists without a voice.

Story
A young 15 years old Iranian girl named Fatemeh is in jail. Waiting for her death sentence, she writes the story of her aunt on a small notebook, "so that someone remembers La Muette and myself". The young teenager was raised by her aunt who becomes mute because she decided to stop talking on a dark day of her own childhood when she was interrogated, never to tell THE truth. An aunt whose silence makes even more fascinating, haughty, with an insolent look, cigarette at her lips, bare-footed and without any scarf on her head.
"La Muette" had made her silence become her art of living, her freedom. Around her, women start to talk, even considering her mad, for only a mad person could act this way. Fatemeh loves her mute aunt unconditionally, that is how she wants to become a woman, by being like her, fascinated by her silence and her excesses. La Muette embodies a figure of Freedom and makes us remember that in some countries, the woman who won't be submissive risks capital punishment. She will be hung.
Following this beautiful text by Chahdortt Djavann, "La Muette", a powerful text, stiff, tensed, without any lyricism nor compromises, which takes place in Iran under the Mollahs' regime.

Persian: Phonological material / Compositional material
Djavann's story is written in French. I asked Baharé Khadjé-Nouri to translate the text into Persian, and worked with her on pronunciation, accentuation, metric and the structure of the language, and I thank her again for that. I spent a long time having some people reading me the text in Persian and through listening I immersed myself in that sound universe. From this linguistic material, the beginning of the piece starts with the constitution of a tank of sound objects which will constitute parts of the compositional material. To compose the phonological tank, I worked on writing the pronunciation that lies at the origin of every possible vocal composition, writing the tone as well as the "percussive - resounding" aspects of phonemes, multiple uses of fricative consonants or sibilants. Finally I used the vocal treatment of the phoneme through modes of play in relation to sprechsang: sing -inspire, or -expire, -blow, -chanting, -whispering, -spitting, -speaking.
But a purely phonetic analysis of the vocal structures composing the sung part would reduce the word to its mere phonetic entity. The phonological material then constituted a compositional material by giving to the sung word its semantic entity.

Form of the piece
To strip the drama off every narrative element, at least of the discursive and linear character of the story, I first re-organized parts of the text extracted from the whole book in an order fitting the form I wanted to give to the piece (except for the beginning and ending which are kept in their linear forms). I imagined Fatemeh in jail, whose memories bounced between the four walls of her cell: recurring musical material, re-injected in an obsessive way, disjointed and contrasted, continuously modified each time, bouncing from one sequence to the next in another state.
The piece is divided into 5 sequences, between each of them is an instrumental interlude with a voice-off, the voice of the present in the cell that contrasts with the singing voice of the sequence, evocation of memories of La Muette (sequence 1: preamble, sequence 2: portrait of La Muette, sequence 3: La Muette and Fatemeh, sequence 4: La Muette and the Uncle, sequence 5: epilogue).

Electroacoustic setup
For this piece, I wrote the electroacoustic parts myself at the same time I was writing the instrumental parts. The electroacoustic setup is here considered as a whole instrument, an instrument added to the 12 others electroacoustic instruments and to Donatienne's voice.
The electroacoustic sounds are divided into three types:
- Samples from the singer's voice and instruments of the TM+ ensemble transformed
- The narrator's voice Baharé Khadjé-Nouri in Persian, original version or transformed
- Extra-musical sounds
As for the synchronization between the acoustic and the electroacoustic scores, we will use for the first time an innovative application developed by Frédéric Bevilacqua and Bruno Zamborlin, not to follow the moves as we did it in StreicherKreis (my string quartet created in November 2008), but to follow the voice and orchestra. Thus, we will be using an "audio-following", which constituted a first. This setup of recognition and following will allow the synchronization between instrumental and electroacoustic scores in a musical and precise way.
Concerning the interactivity between performers and device, it will all be in real-time. Characteristics of the musicians' sound will "interpret" what comes out of the speakers. The musicians will define the settings of the sound transformations, in terms of space, transposition, tone or length.

This new piece expresses a message through the choice of subject that goes beyond strictly music. For me, it is important that both the composer and writer can invest their work into problematics which they're confronted to because they are immediate witnesses. 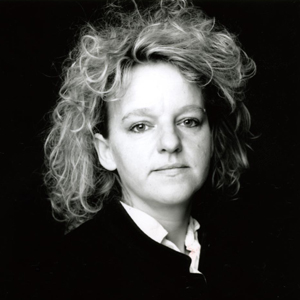