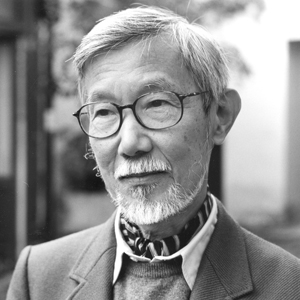 Born in Huê in central Vietnam in 1933, Tôn-Thât Tiêt came to Paris in 1958 to study composition at the Paris Conservatoire. He attended Jean Rivier and André Jolivet classes for composition. He was at first drawn to the serial technique but from 1966 on, he turned to another mode of inspiration.
Of André Jolivet he said: "As a professor, he has never tried to influence me, nor push me toward any special kind of style. Our professor-student relationship was of a spiritual order. Yet through his suggestion and what Rivier had said, I came to realize that it was in the oriental way of thinking that I would find my style in music. I owe to Rivier the language and the shaping of my music which, as Jolivet has said, should be "a mean to express ideas and not an aim in itself".
In fact, Tôn-Thât Tiêt's music has a special language in which both oriental and occidental trends are fused, although the inspiration and thoughts are drawn basically from oriental sources. This is obvious in many of his works such as Kiêm Ai (Universal Love), (1978) for choir and orchestra, Le Jeu des Cinq Eléments (The Game of the Five Elements), (1982-1990), or Prajna paramita (the basic sutra of Buddhism) for 6 voices and instrumental ensemble, (1988) and Chu Ky, a series of seven instrumental pieces.
Tôn-Thât Tiêt composed the scores for Trân Anh Hùng's three feature films: The Scent of Green Papaya (1993), Cyclo (1995), and The Vertical Ray of the Sun (2000), and has also collaborated with French choreographer Régine Chopinot on two of her dance pieces: Parole de feu (1995) and Danse du temps (1999).
In 1993, he founded the France-Vietnam pour la Musique an Association aiming at to promoting the development of traditional music in Vietnam.
More recent works include L'Arbalète Magique (The Magic Bow) (2007) a chamber opera set to a libretto by Tâm Qùy, Où trouver la Couleur de la Vacuité (Where to find the Colour of Vacuity) (2010) for 12 voices and small orchestra, as well as a second cello concerto entitled Du Haut de la Montagne (2006). 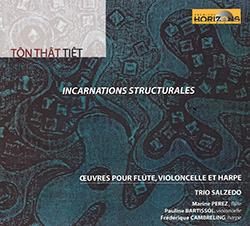