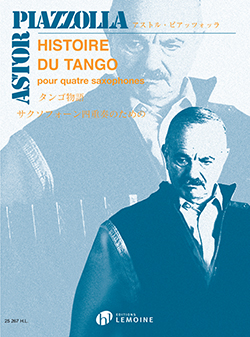 Transcription for 4 saxophones by Claude Voirpy.