A work for four cellos based on J. S. Bach’s Suite n.5 for solo cello. It is part of the "Transformation" series that attempts to transport Bach’s oeuvre into the modern era, to convert Bach’s writing into that of today. The work is composed of four successively played parts. Though the sonority is completely different, each part is closely related to Suite n.5.
Part 1 Densité (density): each semiquaver from the beginning of the prelude is extended to form dense chords.
Part 2 Chant (song): a new melodic line emerges from different transpositions of the Sarabande’s melodic lines.
Part 3 Tempus fugit: fragments from the Courante pass quickly, while the Gigue’s basic rhythm is repeated relentlessly.
Part 4 Dans le temps qui s’étire (as time stretches): the Fugue subject from the second half of the Prelude appears about ten times, bringing various developments. 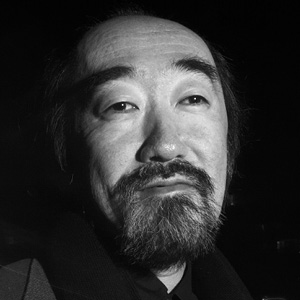 The Japanese composer Ichiro Nodaira was born in 1953 in Tokyo, where he studied composition at the Tokyo National University of Fine Arts and Music. A scholarship awarded by the French government enabled him to pursue his training at the Paris Conservatory under the guidance of Henriette Puig-Roget, [...]