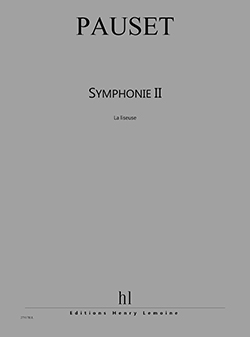 Vermeer's Woman in blue reading a letter [La Liseuse] is not only a depiction of life in Holland in the 17th century, but also has deeply metaphysical elements in it - a tribute to inner nature, memory, places and objects within that memory, and the light that is shone on these places, space and knowledge.
There are two women reading here. One of them talks and expresses herself articulately, with a voice of feeling and explicit speech, whereas the other crumbles words, spreads them around, deforms them and stammers over them, making a spectacle out of the crumbs of speech. The music pierces the words, carrying them out to the edge, giving life here and there to just one of the infinitely small fragments, like the Hebrew letters that open each chapter of the Leçons des ténèbres by François Couperin (1688-1733).
The space defined by the seven groups of musicians spread over the stage and hall, the two voices, the forms, the words taken from Plato's Phaedra, and the Theatre of Memory set up by the learned Giulio Camillo in the 16th century, are all viable means to interpret this platonic woman as she reads in the Dutch half-light.