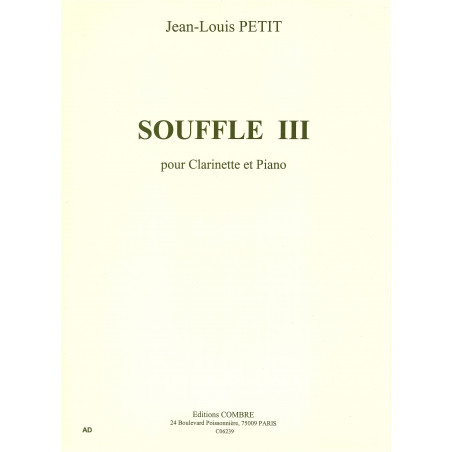 Born in 1937, French conductor and composer Jean-Louis Petit studied classics and entered the seminary before finally deciding to dedicate himself to music. After an initial period at Rheims Conservatoire, he further pursued his composition studies at the Paris Conservatoire under Simone Plé and Olivier Messiaen, and studied conducting with Igor Markevitch, Franco Ferrara and Pierre Boulez. As a conductor, he founded the Orchestra Jean-Louis Petit in 1958 and established the Workshop Music Ville d'Avray in 1974. Petit has conducted orchestras in a variety of countries including France, Germany, Italy, Spain, Poland, Czech Republic, Canada and the United States. His programs primarily consist of French early and contemporary music. As a composer, Petit has written for all instruments, including works ranging from duos to groups of more than 20 solo instruments. To date, his catalog includes 368 compositions consisting of three operas, oratorios, as well as symphonic, chamber and solo instrument with piano works.
Souffle III pour clarinette et piano, written for clarinetist Dominique Vidal, is a short character piece approximately 3'46 in length. It is a challenging, contemporary work using complex harmonies. The performer must have strong technical ability to manage these intricate harmonic patterns as a series of virtuosic sextuplets unify the piece, keeping it full of energy and vitality. A brief Meno mosso section temporarily slows down the activity only to return to the spinning sextuplets reminiscent of the opening material. The piano line builds to a solo cadenza in the clarinet consisting of motivic sextuplets appropriate to the character and style of the piece ending with an exhilarating Tempo primo.
Souffle III pour clarinette et piano would make an exciting and interesting addition to a recital program. Due to its technical and virtuosic writing, it is appropriate for an advanced-level student or professional player. 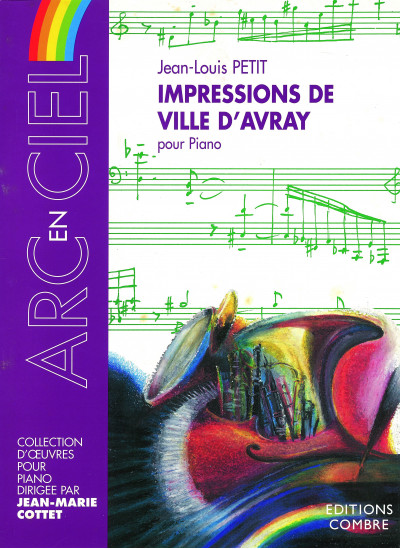 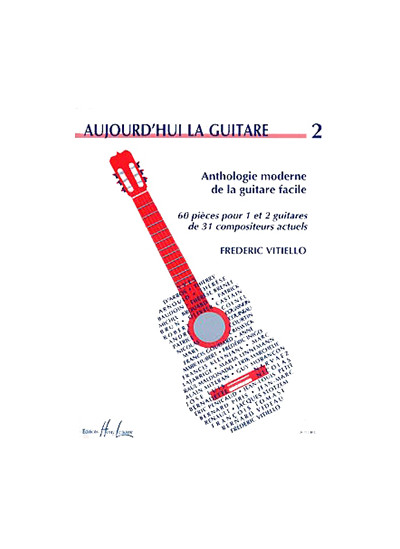 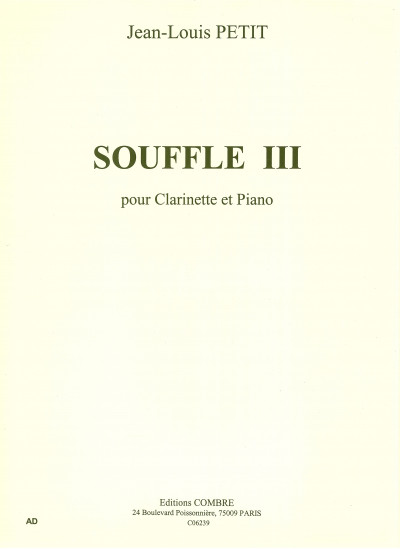 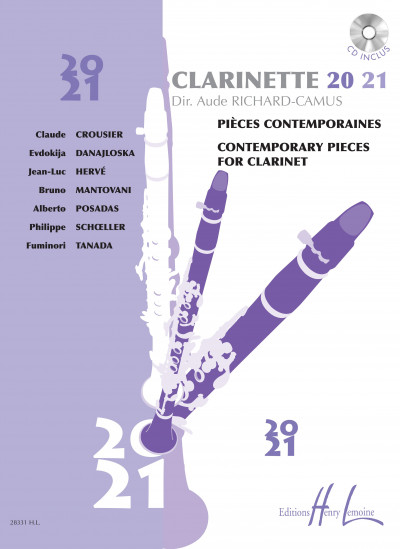 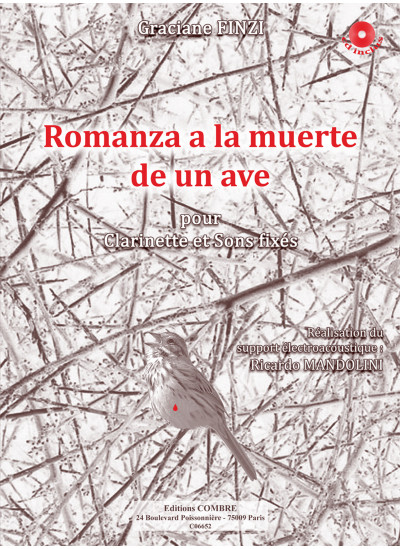