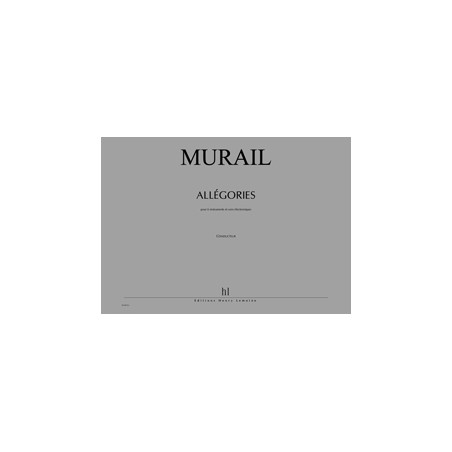 Allégories, completed in 1990, was commissioned by the French State for the Ensemble Musique Oblique, who first played it at the Ars Musica Festival in Belgium. It is scored for a small mixed ensemble of wind and strings with a complex live electronics set-up, featuring notably a Yamaha TX-816 linked to a Macintosh computer. Using the "MAX" programme created at IRCAM by Miller Puckette, complex sequences of synthesised sounds from the TX-816 can be triggered in real time by one of the performers, allowing a far greater performance flexibility than the use of pre-recorded tape would have. This work follows on from Murail's Désintegrations (1982), for ensemble and pre-recorded tape. As in that earlier work, the aim is for the electronic sounds and the instrumental music to be completely mixed so as to be often indistinguishable from one another.
In Allégories, most of the sounds are constructed by using the techniques of additive synthesis, as piling many pure, sinusoidal tones upon one another to create timbres which form the substance of the instrumental harmony. The temporal and harmonic structure of the work is far more complicated than in many of Murail's earlier pieces: there is still an obsession with rigorous processes, but they move at a much faster speed than in Territoires, and are often greatly abbreviated. Thus the music heard often implies processes and forms which are left unstated, the music functioning, as Murail has said, as an "allegory" of the implied process. Furthermore, sections of material recur throughout the piece (the opening, for example, recors just over half-was through) creating an ambiguous pattern of time-loops, recalling Murail's orchestral work Time and Again (1985). The resultant music contains the volatile. As in Territoires, the music moves through zones of high activity and moments of near stasis, but he form here is not as unidirectional, and is consequently richer. 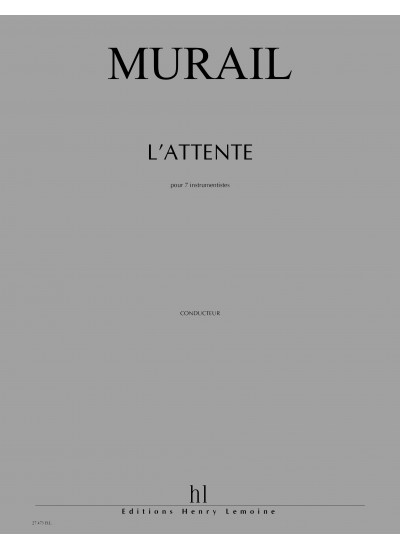