There were (as often happens) timbres and instrumental colours at the beginning of the creative process (metal sheets, chimes, flexatone...) that helped me to organise a lexicon so as to shape a musical dialogue - a dialogue with its runs, twists and turns, with its anticipations (referred to today as the "announcement effect"), and its flexional endings.
Then, there are reminiscences of other works, as this combination (piano + percussion) has attracted many 20e century composers - notably, of course, Bela Bartok's Sonata, but also Karlheinz Stockhausen's Kontakte, Pierre Boulez's Improvisation II sur Mallarmé, or Tombeau by Philippe Hurel, not to mention Linea by Luciano Berio, of which the instrumentation is doubled to a quartet in this instance.
Why so much interest in such a combination? I see two or maybe three possible reasons: firstly, they are instruments that, although different, are all "percussive" and thus, produce sound in the same way.
Secondly, when the musical dialogue plays on the intertwining of these instruments, it creates a sort of "iridescence" which can be likened to that which embodied the string quartet for the composers of the late 18th century.
Furthermore, I had composed a work for piano, three percussions and harp entitled Figures, en phases, éparses, emphases, épures. The writing of this new piece was, for me, an opportunity to work with a setup I was very familiar with, but for which it was necessary to ?nd other words, other sentences, other plots. 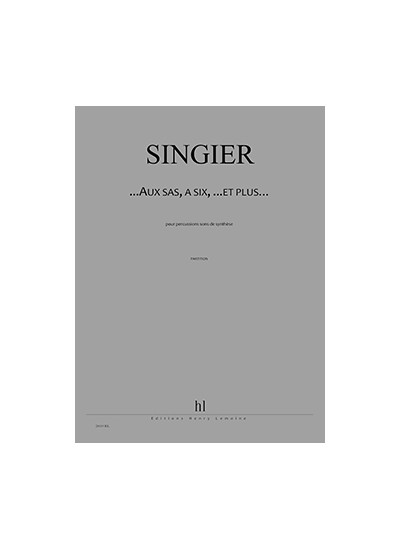 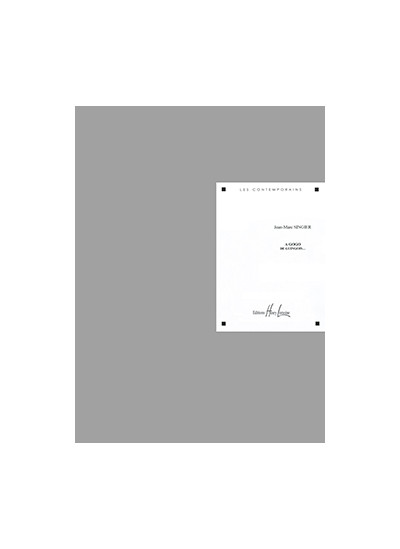 Percussion and piano or celesta
€50.00

Percussion and piano or celesta 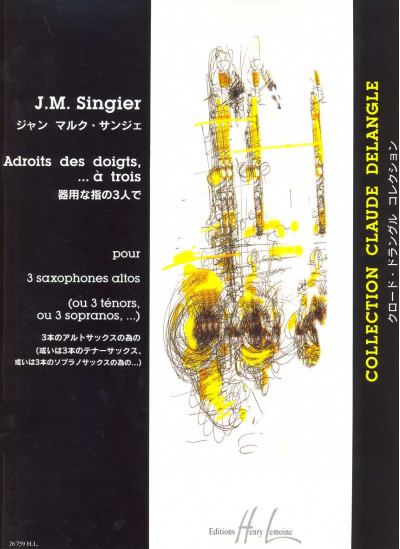 3 alto saxophones (or tenor or soprano) 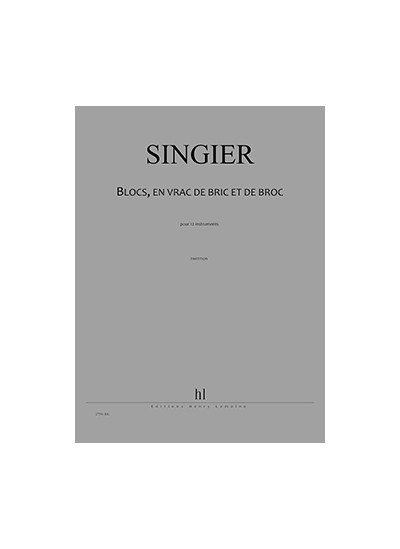 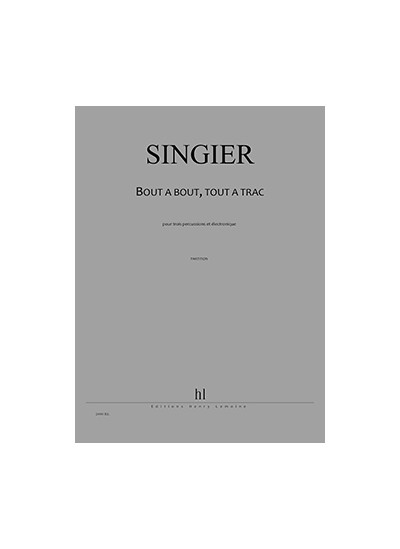 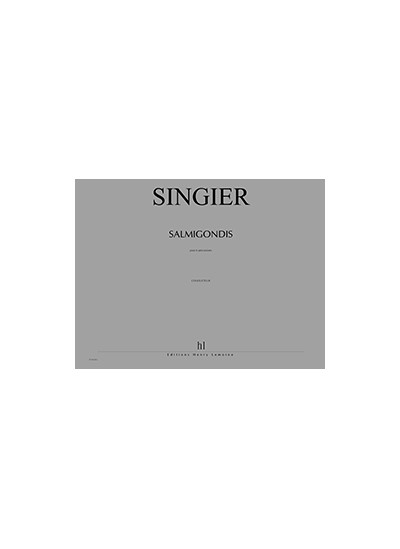 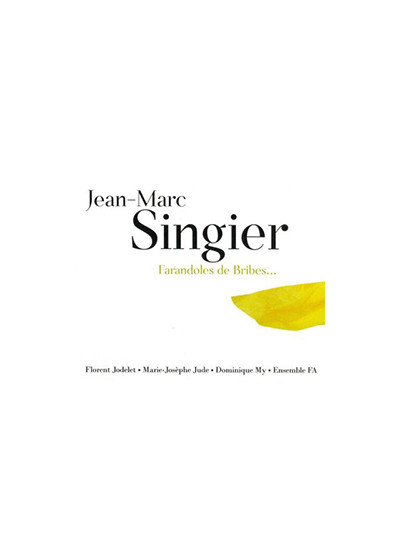