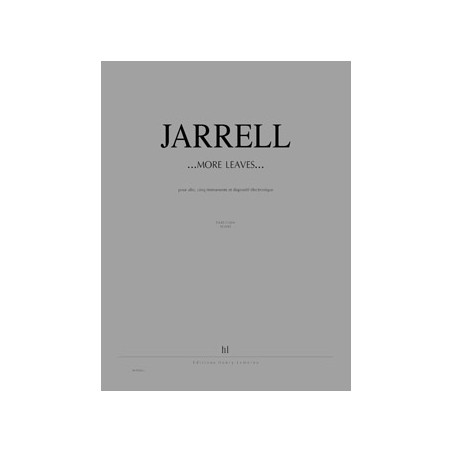 Taken from From the Leaves of Shadow (1991), a concerto for viola and orchestra in which the solo instrument must face, sometimes in direct opposition, a relatively imposing orchestral mass, ...more leaves... for viola and a mixed ensemble of instruments and live electronics, continues to explore the colors and registers of an instrument that Michael Jarrell loves as much for its sonorities as for its hidden playing possibilities. Here the electronics are not a substitute for the original orchestral parts but, like a sonic shadow, enrich the solo instrument with deep and matte colors.
For Jarrell, the attraction to low instruments is nothing new and, as Pierre Michel has noted, this love of the depths "is perhaps connected to the idea of shadow, often present in the titles of his works: Der Schatten, das Band, das uns an die Erde bindet (1989, "Shadow, this band which ties us to the Earth"), ...d'Ombres lointaines... (1989-90, "...of faraway shadows..."), From the Leaves of Shadow (1991, for viola and orchestra)."
ln this regard, Michael Jarrell has already evoked the importance of Franz Schubert's Song of the Spirits on the Water for men's choir and orchestra without violins: "through it I discovered an extremely somber world and some extraordinary deep registers with a great number of resulting harmonies, offering a listening experience enriched by the friction between sonorities and absolutely fascinating timbres. As in ...some leaves II... (1998), a work for solo viola derived from the same concerto, ...more leaves... is sometimes an exact copy of the original concerto, with its opposition of extremely high (brilliant) and extremely low (more or less matte) registers. However, it distinguishes itself through a nostalgic distance, characterized by a new and much more intimate language."

Concerto for violin and orchestra
€27.49 From the Leaves of Shadow 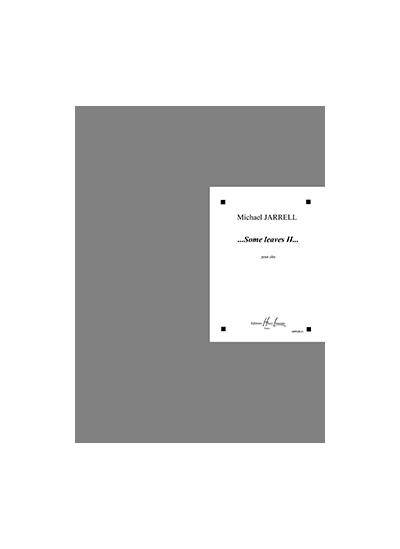 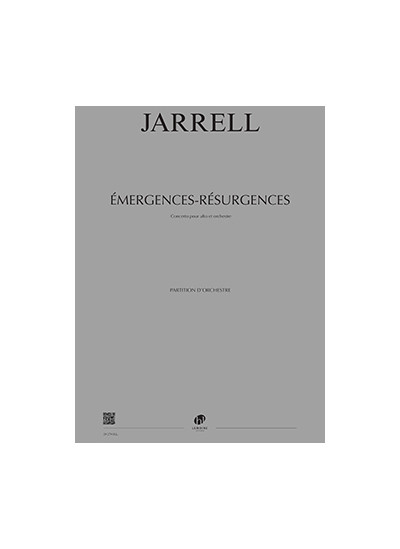 Concerto for viola and orchestra
€42.65

Concerto for viola and orchestra