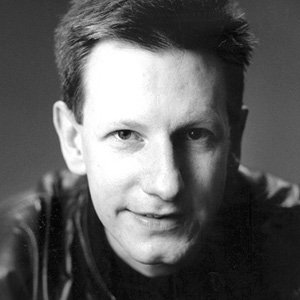 Roger Redgate was born in Bolton, Lancashire in 1958. He first studied at Chetham's School of Music in Manchester, and subsequently at the Royal College of Music in London, studying violin, piano, composition and electronic music, where he won all the major prizes for composition and prizes for violin, harmony and counterpoint. He later studied conducting with Edwin Roxburgh, and a DAAD scholarship enabled him to further his studies in Germany, studying composition with Brian Ferneyhough and attending Klaus Huber's masterclasses.
From 1989-92 he was the Northern Arts Composer Fellow and has lectured at the Universities of Durham and Newcastle-upon-Tyne. He was invited as guest composer and conductor at the Darmstädter Ferienkurse für Neue Musik in 1984, 1986, 1988, 1990, 1992 and 1994 where he received the Kranichsteiner Musikpreis for composition. He has given guest lectures at Trinity College of Music, London and the University of London and is currently Lecturer in Music Performance at Goldsmiths' College, University of London. In 1993 he was awarded an Arts Council Composer's Bursary.
His works have been featured at many new music festivals and performed extensively throughout Europe and in Australia and the USA, and as a conductor he has worked with many of today's leading composers. He is conductor and artistic director of Ensemble Exposé with whom he performs regularly in European festivals and on BBC Radio 3 and in 1995 he was invited to conduct the Northern Sinfonia Orchestra. He has also worked in the fields of jazz, improvised music and performance art.
Roger Redgate has also written music for film and television, including programmes for the BBC and Channel Four, and has published articles on the music of Brian Ferneyhough and Michael Finnissy, including a chapter in the recent book Uncommon Ground: The Music of Michael Finnissy.
Current and forthcoming projects include commissions from the Elision Ensemble (Australia), the Italian Double Bass virtuoso Corrado Canonici and the BBC/Arts Council of England Sound on Film series. In 1999 he collaborated with the New York based experimental rock band GAWK. 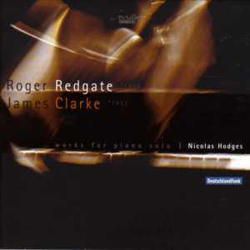