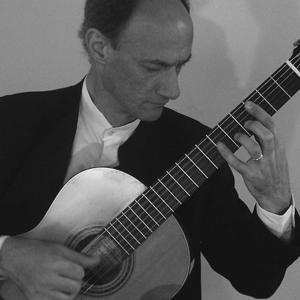 Born in 1954 in Buenos Aires, he discovered the guitar at the age of 4 and gave his first recital at the age of 13.
He studied with Jorge Martinez Zarate and in 1972 received four awards in national competitions. He then took part in further international competitions and added to his list of prizes : 1st prize at the Porto Alegre International Competition (Brazil), 1st prize at the Radio France International Competition (Paris) in 1975 - 1st prize at the "Aliro Diaz" International Competition (Caracas) in 1976. He is regularly invited to play in the most prestigious concert halls.
Many composers have written guitar works specially for him including : Francis Kleynjans A l'Aube du Dernier Jour, José Luis Campana Nexus'83, Astor Piazzolla 5 Pièces, Marius Constant D'une Elégie Slave...
In 1999, Roberto Aussel has been awarded by the Foundation Konex, well-known in Argentina, as the best player of plucked stringed instrument for the last ten years.
Since this time, his international reputation of soloist is always growing and to arouse the interest of the musical field and also even further the usual guitar audience.
At this time he is teaching at the Music School of Cologne in Germany and also goes all over the world giving concerts.
Roberto Aussel is distinguished with the honorary prize José Tomás 2016 Villa Petrer in Spain, by the International Guitar Festival "José Tomas" in Alicante. 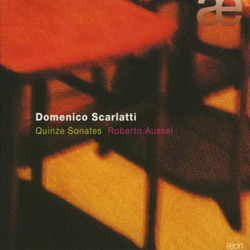