Philippe Chamouard is born in Paris. After studying piano with Guy Lasson (a pupil of Yves Nat) and composition under Roger Boutry (a pupil of Nadia Boulanger), Philippe Chamouard went to the University of Paris at the Sorbonne, where he obtained a doctorate for his work on the orchestration of Mahler's symphonies.
Deeply interested by the Austrian composer, Philippe Chamouard dedicated his book, published in 1989, to him. An honorary member of the International Gustav Mahler Gesellschaft of Vienna and writer/ editor for Deutsche Grammophon editions, Chamouard taught musical writing at the University of Paris IV until 2004.
In 1992, when Philippe Chamouard chose to have his works played again, they were immediately programmed in France - at concerts (the Colonne Orchestra, Sacred art festival in the city of Paris, the Paris music), as well as in festivals both within France and mainly abroad, in central Europe, Poland, Romania,Bosnia and Herzegovina.. but also in Spain, Portugal, Salvador, Latvia, Norway, Finland, Vietnam, USA ( San Francisco, Los Angeles...)...Maurice André and Ennio Morricone have congratulated Chamouard and encouraged him to continue his search for a language common to composer, interpreter and audience. Refusing a purely i ntellectual and theoretical concept of creation, the sources of his inspiration are essentially linked to an ideology drawn from humanism and spirituality. 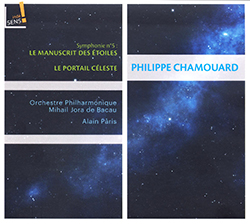 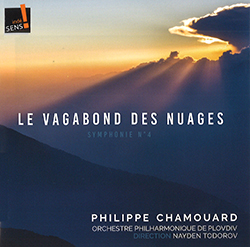 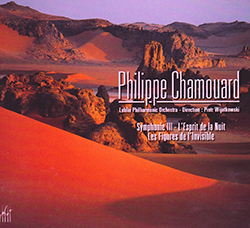