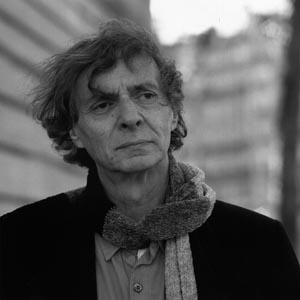 Philippe Boesmans was born the 11th may 1936 in Tongeren (Belgium) and died on April 10th, 2022 in Brussels. After he studied piano at the Conservatoire de Liège, he choose for a composer's career. Initially greatly influenced by serialism, he soon felt it necessary to break beyond its constraints and exclusions. Never dismissing this recent heritage, he nonetheless developed a profoundly personal musical language, at the very centre of which lay meaningful communication with its audience.
In 1971, Boesmans works with Musical Research Center of Wallonie, directed by Henri Pousseur, and with the Electronic Studio of Liège. Producer at the television company RTBF, he is composer in residence at the Monnaie from 1985 to 2007. The directors, Gerard Mortier, then Bernard Foccroulle commissioned several of his works : The Trakl-Lieder (1987), his orchestration of Incoronazione di Poppea of Monteverdi (1989), and some scenic works : La Passion de Gilles (1983), Reigen (1993), staged by its writer Luc Bondy, who adapted the piece from the Schnitzler opus of the same name. Reigen continued to be staged many times and gave him an international renown.
Wintermärchen (1999) from the Winter's Tale of Shakespeare, is a new collaboration with Luc Bondy at the Royal Theater of La Monnaie in Brussels, in France at Paris and Lyon (2000) and at Barcelona (2004).
Follow the operas Julie (2005), Yvonne, princesse de Bourgogne (2009). Ph. Boesmans works two times with Joël Pommerat who write the libretto and signe the staging of the operas: Au monde (2014) and Pinocchio (2017).
Boesmans has constantly participated in important contemporary music festivals (Darmstadt, Warsaw, Zagreb, Ars Musica Brussels, Strasbourg...) and obtained many prices, Italia prize for Upon La Mi (1969), Charles Cros Academy award and Koussevitsky International Recording Prize for Violin Concerto and Conversions CD. In 2000, he obtained the Honegger Prize for all his work. In 2009, he was awarded for Yvonne, princesse de Bourgogne, the best creation of the year. 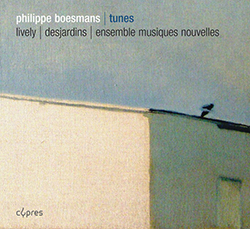 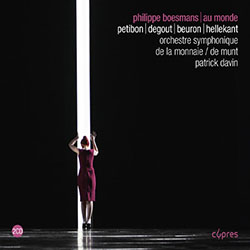 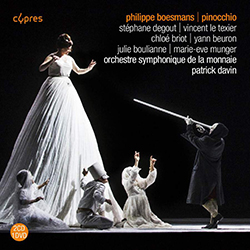