Léonce de Saint-Martin, born on October 31st, 1886 in Albi (France) and dead on June 10th 1954 in Paris (France), was a French organist and composer.
At fourteen, he became organist of Saint Cecile Cathedral in Albi, pursued his music and organ studies in Paris with Albert Bertelin and Louis Vierne.
He succeeded Vierne as organiste-titulaire at Notre-Dame in 1937.
As a composer, he left us an significant Catalogue of Works, of which several were published by Editions Combre. 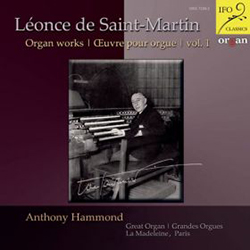