Jean-Marc Singier, who was born in 1954 in Paris, took courses with György Ligeti, Aurel Stroe and Brian Ferneyhough. Awarded a scholarship by the italian government, he studied composition with Franco Donatoni at the Accademia Santa Cecilia in Rome, earning a composition prize. After being awarded the Maurice-Ravel Foundation Prize in 1985, he was a resident (1986-88) at the Villa Médicis, home of the Académie de France in Rome. He was awarded the SACEM Composers' Prize in 2004. He also took a course at Ircam in 1992, and taught composition for two years running as part of the "Voies Nouvelles" programme held at the Abbaye de Royaumont. Holder of a degree in musical culture, Jean-Marc Singier has being teaching composition and orchestration at the National Music School in Auxerre since 1998. 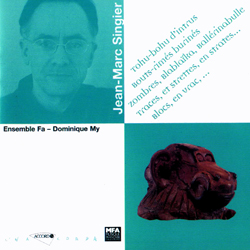 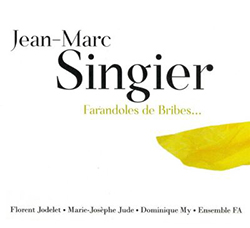