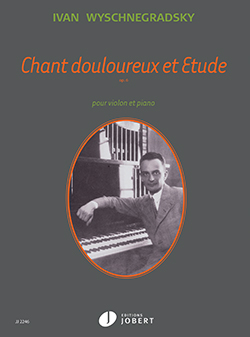 Violin written in semi-, thirds, quarter- and sixths of tones, and piano in semitones.

Chant douloureux et Etude op.6 for violin and piano was composed in Petrograd (Saint Petersburg) over the year 1918. During this tumultuous period following the revolution, Ivan Wyschnegradsky lived through a metaphysical experience obsessed by the idea of a fluid sound continuum. Following Scriabin’s lead and otherwise in keeping with Russian Futurist trends, the young composer undertook the ultra-chromatic extension of the harmonic system that would mark his oeuvre.
Chant douloureux et Etude is the composer’s first attempt at using intervals smaller than a quarter tone. Though in Chant douloureux the violin repeatedly plays in third, fourth, sixth and eighth tones, Etude is written entirely in semitones, except for the last measure. On the threshold of ultra-chromatic potentials, Wyschnegradsky began with superimposed tunings in quarter and semitones, the violin being paired with a piano tuned in semitones. The chromatic passing notes of less than a quarter tone developed into what he would call continuums. By moving toward increasingly refined divisions of the scale, the music tended toward greater sensitivity and revealed new sonorities. In 1919, after that founding impetus, Wyschnegradsky decided to tune his two pianos a quarter tone apart and conceived a project for an ultra-chromatic keyboard. From then on, the majority of his works with piano would be written in quarter tones.
Chant douloureux et Etude op.6 for violin and piano, was premiered on October 5, 1979 in Paris (Centre Georges-Pompidou) by Jacques Ghestem and Jean-Claude Pennetier. 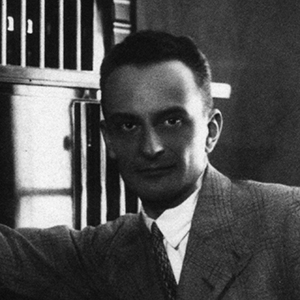