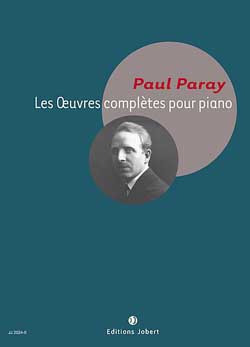 The piano works of Paul Paray
Among the very first pieces composed by Paul Paray in his adolescent years is the 1903 Scherzetto for piano, a work that so impressed the famed Parisian organist and composer Henri Dallier, then passing his summer vacation in the composer's native coastal town Le Tréport, that he took the boy under his wing and persuaded his parents to send him to the Paris Conservatory to complete his studies.

Music written for piano was a constant throughout Paray's composing career, beginning with the works he wrote during his years of study in Paris (19041908), to others inspired by his stay in Rome after winning the Grand Prix for composition in 1911. The suite D'une âme... together with the String Quartet was conceived while Paray was a prisoner of war at Darmstadt (Oct. 1914 Nov. 1918). The Prélude en mi bémol mineur, composed in 1930, constitutes his last composition for this instrument.

All the extant works Paul Paray conceived for solo piano (and one for piano duet) are collected in this volume, many of which have never before been published. Not included are piano reductions of his orchestral works made by himself or others and the piano solo part of his Fantaisie with orchestral accompaniment, also published by Editions Jobert.

Works that may have been composed and lost, or perhaps only mentally conceived but never committed to paper are Trois Intermezzi (Cloitre, Trottemenue, Capricante), Anecdote, Impertinence, and Coquetterie. A second series of Reflets romantiques comprising Souple, Léger, Tendre, Energique, announced by the publisher, was never issued, and may in fact never have been composed.

In preparing these works for publication, I have proposed tempo indications, where none was given by the composer, in the form of metronomic markings encompassed by brackets [ ].


My surprise in discovering the entire piano solo repertoire composed by Paul Paray was most of all the vast canvas of his musical language. He was indeed a powerful pianist before being a global conductor.
Here was new ground to break: various types of piano pieces representing different styles, forms, and compositional techniques. It seemed obvious to me that Paul Paray, as a young composer, was searching for his own voice, utilizing this medium, and one is made aware of Paray's vast emotional resources. One detects a respect for Fauré but without any direct imitation. Paray's music is very French in character with occasional echoes from the middle ages. At times it reminds me one of the paintings of Dante Gabriel Rossetti or the angelic rosy cheeks in late-renaissance paintings. Paray experiments with impressionism (Sur la mer), with the tongue-and-cheek humor of Chabrier (Allegro), but always retaining a certain purity of thought. To listen to these youthful works is a certain challenge to the listener because there are no exact precedents to them.
My curiosity was soon converted to enthusiasm in discovering a composer of such high quality. The majority of the pieces were written around 1913 and these are perhaps his best. They ceased around the time of the First World War. I have often wondered what turn his music might have taken if his conducting career had not ended his life as a composer. Penetrating into Paul Paray's musical world is to believe in the ennobling capacity of a life devoted to the art of music. 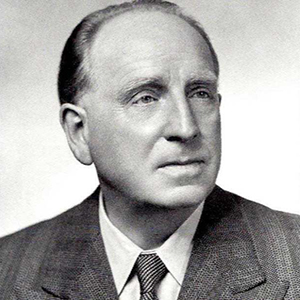