By creating new bifurcations out of past events, alternate history invents futures that did not occur in actual history, in literature or in other narrative arts, thus giving perspective the uncertainty of our own present. 18th and 19th century musical forms also permitted different potentialities, or different sources, of the same short or long-term musical situation to be heard. These Uchronies try to reconnect with music's capacity to multiply the arrow of time, to interweave recollection, the longed-for, the unforeseeable, and the inevitable.
Uchronies (I) and Uchronies (II) can be played one after the other like two movements from the same piece, played separately, or can also be played on the same program, separated by other pieces.
These two sections were conceived as two scenarios, each interlacing prequel and sequel, progressive transformations, new sources and multiple outcomes of highly contrasting musical ideas. Regardless of the great disparity between their respective processes, they both reach the same serene end point. 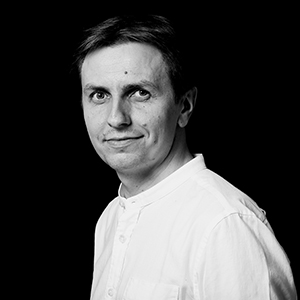