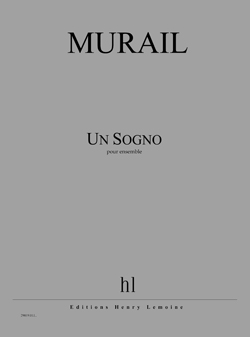 One day, long ago, when I was visiting him, Giacinto Scelsi showed me how he worked: by his piano was an ondioline, and two tape recorders (the ondioline was a kind of early synthesizer, which could produce a variety of sounds, and which, most importantly, allowed controlled vibrato and micro-intervals). With this equipment, he improvised and recorded layer after layer of sounds, thus creating a sort of a sketch, or simulation, of the future piece - what we can now do much more easily and convincingly with computer software. Can we consider Scelsi a pioneer of the "computer-assisted composition" of today?
Anyway, when I was approached by Klangforum and asked to participate into the Giacinto Scelsi REVISITED project, I was amazed to discover that the tapes that Scelsi had recorded were still existing, and that they confirmed what I remembered of my conversations with him, so long ago. Particularly moving was the tape for Anahit, one of Scelsi's most beautiful pieces in my opinion (of which we did a Paris premiere in 1975 with our ensemble L'Itinéraire). When you know the piece well - as I think I do - you can hear, or guess, through the distorted, eroded, and often ugly sounds of the tape, all the details of the piece to be born, even details of orchestration or playing techniques, such as extreme vibratos or tremolos.
My plans, for my contribution to the Giacinto Scelsi REVISITED project, are, starting from one of the unused electronic improvisations of Scelsi, as the project requests, after possibly cleaning it, or even re-synthesizing it with the computer techniques of today, to make it blossom and flourish, in order to build upon it new layers of electronic and instrumental textures, while, maybe, letting it sometimes emerge in its original simplicity.