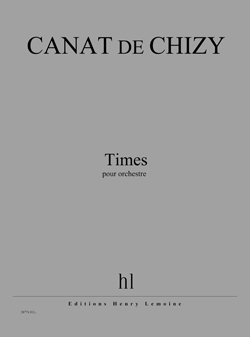 Times was composed as the test-piece for the finals of the 2009 International Young Conductors Competition in Besançon.
The piece opens with the percussion beating time inexorably. The music soon leads into a series of contrasted episodes of varying dynamic and texture, at times halting and propulsive. Near the end the percussion resumes its tireless rhythmic impact while the music dissolves before a final coda in which the music eventually peters out calmly. For anecdote's sake it may be said that the title also alludes to the fact that Besançon was the centre of France's clock- and watch-making industry.