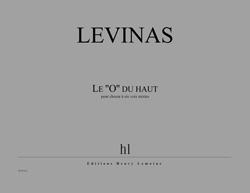 The "O" du Haut is composed of two madrigals set to two poems by Gerashim Luca, "Triple" and "Despair".
Encountering the poetry of Gerashim Luca was decisive during a particularly sensitive period concerned with the impact of certain writings on musical form.
It is true that while composing my opera Les nègres, Genet's language prompted research on acoustics and linguistics that were focused on the relationship between sound and meaning, or between meaning and certain syntactical structures of "musical phrases".
In "O" du Haut, this research lead me to write madrigals. The "O" du Haut is madrigal style polyphony. The highly particular poetry by Gerashim Luca is voiced within a succession of harmonic structures. They organise the melodic figures in space.
This polyphony is distributed by rhythmically and spatially fragmenting the words and their sequences according to the meaning of the phrase.
Gerashim Luca was initially a product of the lettrism movement, but for me, his poetry often evokes Verlaine's alchemies and marvellous turnabouts.
Luca's poetics are an apparent combinative of consonants and vowels that make use of the sonic ambivalence between the letter and the "word", and the ambivalence between the sound and the meaning: "the O of haut" (pronounced like the letter o) or "the N of haine" (pronounced like the letter n).
In Luca's texts we also find sections that evoke the rondo, and, at the same time, recollections of acclamations from the Jewish religious services to which he is also an heir - "Desperation has two pairs of legs... desperation has three pairs of legs..."
It would be limiting to reduce these poetic language games to simple structures relating to Lacan, even if "desperation does not have pairs... of legs" !
The flexible prosody of the French language creates complex rhythmic structures of "letter-accents".
These "letter-accents" are repressed and extricate themselves from the structure of the words and their meanings in the outlay of the phrase. Thus, madrigal style melody and polyphony are born. What also emerges from these purely abstract linguistic and musical structures are proportional poetics.
The "O" du haut is dedicated to Isa. 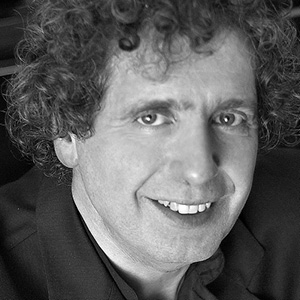