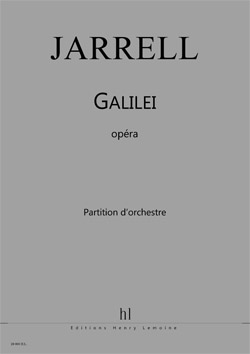 In contrast to the stage play, which is divided into 15 scenes framed by introductory songs, Michael Jarrell has constructed his opera as uninterrupted flow of 12 tableaux, in an effort to highlight the slightest details and transformations in Brecht's characters. The composer does not restrict his musical language to just one technique, but attempts to find the most appropriate means to render the form and expression of each situation, both dramatic and musically. Thus, in his orchestral score, he alternates transparent sound layers with large-scale effects, while treating the vocal line in a wide variety of ways, ranging from brusque spoken recitative to extreme lyricism. The superimposing of some dialogues and scenes is aimed at translating the often unruly and overflowing nature of real life, giving the entire opera a heightened sense of musicality.