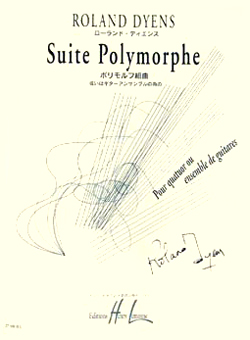 This work was also premiered on a 5th of August, at the International Nürtingen Festival (like Hamsa, first performed in 1998). The Suite polymorphe comprises eight movements in distinctly different styles, creating a harmonius opposition, one might say, in the form of a paradox. The tender, tonal lullaby thus gives way, both suddenly and deliberately, to a fourth section in another time signature, where the percussion and other special effects vye with the improvisation and imaginative skills of the player.
The whole is composed of nothing but alternating climates, of rugged harshness and reassuring calm, as if to appreciate all the more the common yet singular virtues of the music.