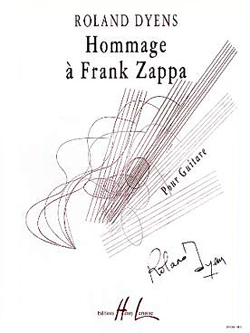 It was only in December 1999 that I played, and recorded, this piece five years after having composed it. I have often been asked if it contained any reference to the music of Zappa, an iconoclast of the 1960s rock period and later of contemporary music (Pierre Boulez has conducted some of his work). As a teenager I retained more the eccentric image of the person rather than his music, and in fact there is not a single reference, since this homage is a purely intuitive work, and came to life the day following Zappa's death in 1993.