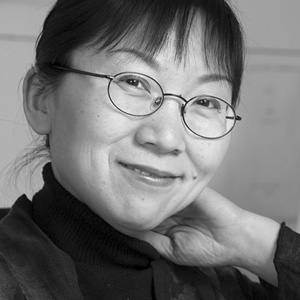 Xu Yi was born in Nanjing, China, where she began playing the Chinese violin, erhu, at a very young age. She entered in the Shanghai Conservatory of Music where she continued with her violin. At the age of seventeen, she entered the class of composition. At the age of 22, she became a teacher of the Shanghai Conservatory of Music. Since arriving in French in 1988, she studied at the Cursus of Composition and Compute Music of the IRCAM (1990/1991). She entered in the CNSM of Paris, where she studied with Gérard Grisey, Ivo Malec and obtained the First Prize of composition in 1994. She was the winner of the Prize of Rome, winning the honor of living in the Villa Medici in Rome from 1996 to 1998 (she was the first composer of Chinese origin to win this prize). She was the professor of composition at the National Conservatory of Music of Cergy-Pontoise (2001-2003). She was guest professor of composition at the Shanghai Conservatory from 2004 to 2010. Currently, she lives in France. Her work Le Plein du Vide was selected by the National Ministry of Education as a part of the BAC (upper school graduation exam) in 2006 and 2007.

She has received the commissions of the French government, the Radio France, many festivals and ensembles, etc. She has composed some 40 pieces of works which have been performed at numerous festivals and broadcast in Europe, China, Japan, the U.S.A., Brazil and Canada. Several monographic concerts of her music have been organized in France and in Italy. 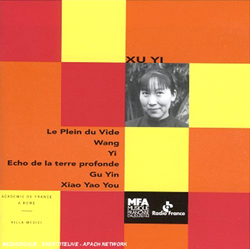