In parallel to pursuing jazz studies at the CNR in Marseille, Yann Robin (1974 - ) studied composition with Georges Boeuf then joined the class of Frédéric Durieux at the Conservatory of Paris (CNSMDP), studying analysis with Michaël Levinas before taking the Cursus Computer Science course at IRCAM. During these formative years his meeting with Jonathan Harvey would mark him deeply.
His music, powerful and voluminous, where pulsation and rhythm encounter moments of ecstasy, is released with great bouts of energy. By way of contrast, the timbre navigates between purity and impurity. The lure of low abyssal frequencies which he refers as "a world from below" brings him to Inferno, for large orchestra and electronics, and to the exploration of the infrasounds he uses here as an "underground dramaturgy". Since Monumenta, a piece for large orchestra with 95 musicians, he has been developing the concept of "negative harmony", allowing him to conduct mass and texture of great density with high precision and for the whole duration.
In 2009 and 2010, he was a fellow at the French Academy in Rome, the Villa Médicis, where he launched a new contemporary music festival, the Controtempo Festival.
He works in close collaboration with many soloists including Alain Billard, Nicolas Crosse, Eric-Maria Couturier and the Tana Quartet and also with conductors like Susanna Mälkki, Allan Gilbert, Jonathan Nott, Ludovic Morlot, Peter Rundel, and Leo Warynski...
In 2005, he co-founded the Multilateral Ensemble of which he is the artistic director.

His music is published by Editions Jobert. 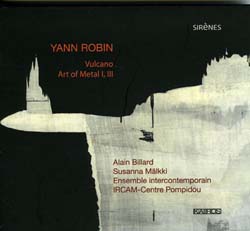 These free photographies are exclusively for promotional purposes.
This copyright mention must be specified for each use:
Photo 1, 2 and 3: © Jean Radel
Photo 4: © Ugo Ponte 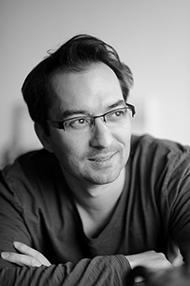