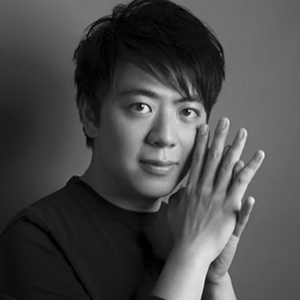 Lang Lang (born 14 June 1982) is a popular Chinese concert pianist who has performed with leading orchestras in Europe, the United States and his native China.
Lang Lang started playing the piano aged three, won the Shenyang Competition and gave his first public recital before the age of five, entered Beijing's Central Music Conservatory aged nine, and won First Prize at the International Tchaikovsky Competition for Young Musicians and played the complete Chopin Etudes at the Beijing Concert Hall at thirteen. He left China for Philadelphia's Curtis Institute, where he worked with the legendary pianist Gary Graffman.
He was seventeen when his big break came, substituting for André Watts at the "Gala of the Century", playing Tchaikovsky's First Piano Concerto with the Chicago Symphony Orchestra under the baton of Christoph Eschenbach: he became an overnight sensation and the invitations started to pour in.