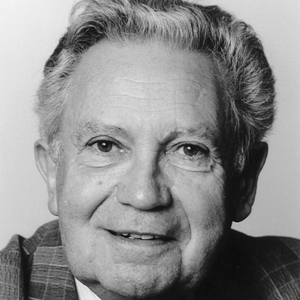 Jean-Michel Damase, who was born in Bordeaux in 1928, belonged to a family of musicians; his mother, the renowned harpist Micheline Kahn premiered works by Fauré, Ravel and Caplet. He died April 21th, 2013.
Precociously gifted, Jean-Michel Damase was only nine when Colette wrote three short poems for him that he set to music. His musical education continued under the personal guidance of Alfred Cortot, and at the age of eleven, he was unanimously awarded the First Prize in piano from the Paris Conservatory. Four years later, the Paris Conservatory awarded him First Prize in composition, and at the mere age of nineteen, he received the Rome Prize. Parallel to his career as an accomplished pianist, he appeared as soloist with the Concerts Colonne, the Conservatory Concert Society, the Radio Symphony Orchestra...
After numerous international tours, and receiving the "Grand Prix du disque" for the first complete recording of Fauré's Nocturnes and Barcaroles, Jean-Michel Damase gradually relinquished his career as a pianist to devote himself entirely to composition. His chamber music works were played by the most prestigious French and international performers such as Lily Laskine, Pierre Barbizet, Jean-Pierre Rampal, Nicanor Zabaleta,... In particular, the Sonata en concert, for flute, cello and piano, and the Sonata for flute and harp were played and recorded world-wide.
Jean-Michel Damase was often invited to perform his own works and to give masterclasses during festivals in Europe, the United States and Japan.
His catalogue also includes operatic works, Colombe by Jean Anouilh, premiered at the Bordeaux Festival, revived at the Opera-Comique in Paris, Madame de... by Louise de Vilmorin, premiered at the Monte-Carlo Opera as well as music for dance, La Croqueuse de diamants, for Roland Petit, Piège de lumière, commissioned by the Grand Ballet du Marquis de Cuevas,...
In 1990, the critic Pierre-Petit said that Jean-Michel Damase was one of the great composers of our time.
Another famous critic, Bernard Gavoty (alias Clarendon), wrote in the Figaro after the premier of Madame de... "What a delight, this art that pretends to be simple, and how refreshing it is to partake of such refined writing, ingenious harmony, disturbing modulation, intelligent melisma...".
For the totality of his works, Jean-Michel Damase was given the Grand Musical Prize from the SACD (Society of Dramatic Authors and Composers) and the Grand Prize from the city of Paris. 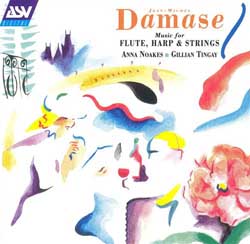 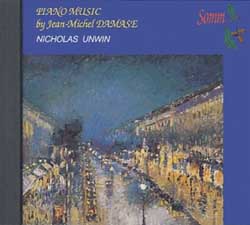