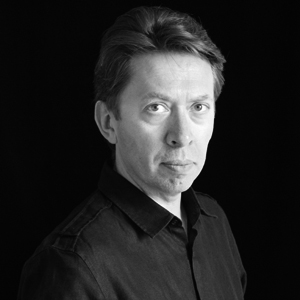 The composer Frédéric Durieux was born in Paris in 1959 and studied at the Paris Conservatory, where he won the first prize in composition under Ivo Malec, as well as the first prize in analysis which he studied with Betsy Jolas, before rounding off his musical education with a course in music and computers at Ircam. From 1987 to 1989 he was a resident in the Medici Villa in Rome, home of the Académie Française. Frédéric Durieux has received numerous commissions, starting in 1983, and his works are played abroad as much as in France. His works include over twenty works for soloists, ensembles and orchestras with or without electronics. Several recordings of his works are currently available including a CD dedicated to his music performed by the Ensemble InterContemporain, Sharon Cooper and André Trouttet, directed by David Robertson (Adès/MFA - Universal), and he is also the subject of a book (Frédéric Durieux, les Cahiers de l'Ircam #7). In 1990 Frédéric Durieux began teaching analysis at Paris Conservatory, until he was appointed composition teacher there in 2001. That same year he was also made an officer of the order of Arts et Lettres.

The music of Frédéric Durieux is published by Editions Jobert. 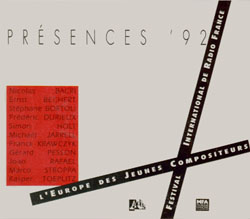 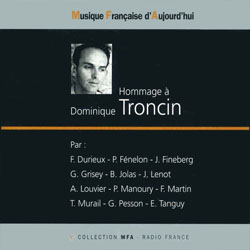