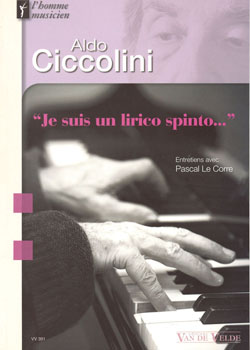 Aldo Ciccolini is unquestionably one of the greatest living pianists. He has played with the greatest conductors and performers (Mitropoulos, Furtwängler, Cluytens, Schwarzkopf, Thibaud...): his tremendous international career has unceasingly been acclaimed by numerous awards and distinctions ever since that day in 1949 when he won the first prize of the Marguerite-Long Contest in Paris. Performer of an eclectic repertoire, having more than 80 recordings to his credit, his prestigious name is now bound to those of Debussy, Satie, Séverac, Janácek, Liszt,...
But in saying this, nothing is said: nothing of the magic that works during each concert when, with the first measures and a minimum of effects, the artist captures the emotion of a whole concert hall with the sole density of his sonority and the precision of the phrasing. Nor of the intensity of his performance, based on an absolute respect of the composition and an intimate understanding of the works which he studies again and again until a total immersion.
I am a lirico spinto, Aldo Ciccolini likes to repeat with reference to his powerful and especially incisive lyrical voice. When some speak of alchemy, he answers vocation and mission. Because Aldo Ciccolini describes himself as a conveyor, a messenger, ever since childhood full of a sole inner demand: to catch the essence of music in order to better convey its message.
Fruit of his talks with the pianist Pascal Le Corre, his former student and friend, this book allows to revisit the life of this uncommon artist "from inside": his education in Naples where the promise of a child prodigy's career is not enough to get him away from his artistic quest - his settling in France, his country of heart, ferment of culture and freedom, where he enriches his vision of music and Art thanks to Marguerite Long, Alfred Cortot but also actors like Marie Marquet or writers like Jean Cocteau - his role as a teacher at the Conservatoire de Paris which allows him to pass on the originality of his artistic process.
Through his thoughts about teaching the piano, the place of art in the West or the role of the contemporary artist, one discovers that this discreet and modest artist hides a passionate being, hating false values, free in his choices and opinions sometimes to the point of impertinence. Thanks to the complicity which binds the student to the master, it is the engaging portrait of a man in perpetual quest of the absolute which Pascal Le Corre depicts in this book.

Pascal Le Corre is a pianist, piano and accompaniment teacher at the conservatoires of Paris and Orleans and author of various educational books.
French text only. 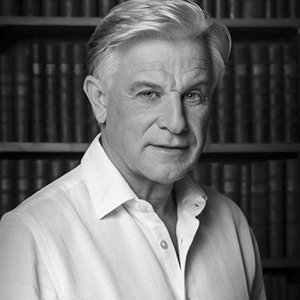