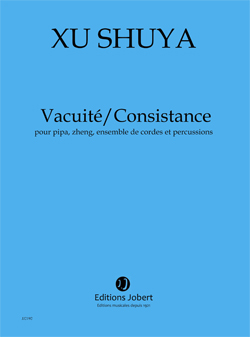 The idea of "vacuité/consistance" comes from the philosophy of Lao Tse and is also similar with the conception of "Kong/Ying" ("empty/full") of Buddnism.
From the view of music design and compositional structure, "vacuité" ("virtua") represents the ethereal timber, the spatial distribution of audio, the combination of rests and music hall's reverberation and the extension of music - "consistance" ("real") means the intensive intervals, the movement of music phrases or sections and the direction design of rhythm. There are three important tones which form the center of interval and the center of color which represents the imaged timber of Chinese traditional instrument sheng, and then they are developed and changed by variations and different playing manners.
The composer was influenced by the liturgical atmosphere in Tianning Temple of Mount Putuo (such as sound of bell, wooden fish and the murmurs of monks) and constituted the characters of music through different combinations of instruments and the development of rhythms. 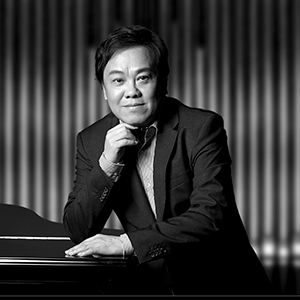