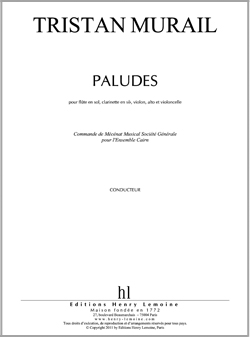 A breeze blew almost warm - above the water, with frail bending Gramineae sheltering insects. A germinating burst pushes apart the surrounding stones - a little water seeps out, moistening the roots. Mosses, reaching to the bottom, foster shadowy depths: blue-green algae gripping air bubbles for the larvae to breath. A scavenger beetle has just gone by. I can no longer stifle a poetic thought and, pulling a new page from my pocket, I write:
Tityre smiles.

- But Paludes? What is that?
- It is the story of a shepherd named Tityre.
- What a horrible name!
- It comes from Virgil: et tibi magna satis quamvis lapis...
- But Paludes, what is it?
- He lives alone in a tower, surrounded by swamps, he eats mud worms... but not, Tityre, his friend Roland...
- But he has four children!
It is of no consequence. Paludes is the story of... it is the writer who writes Paludes, they are opinions mocking colleagues, it is... oh, and then... I don't know what it is, Paludes!

Paludes (André Gide, 1920) is a strange little book, it is the story of... and then, no, there is no story.
The subject of Paludes, is Paludes - as we would say today in program notes: a "mise en abyme" - it is the interplay between incompatible desires and ideas, the moulding of humble and resistant materials (stones and mud...) - without forgetting "the study of the little potamogétons".

Before explaining my book to others, I expect others to explain it to me. To have it explained first, is to immediately limit the meaning - because though we know what we want to hear, we do not know if we say only that...