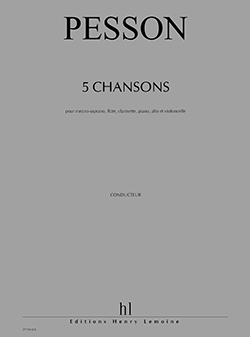 These five songs were commissioned by the Théâtre du Châtelet, where Joelle Astier, who is in charge of chamber music programming, had invited composers not to write a work, but to design a suitable programme that would answer or encourage composition.
Since Ravel's Chansons Madécasses and Stravinsky's Shakespeare's Songs were both programmed for this concert, based on an imaginary folklore theme, to be timeless and from a tradition that is either reinvented or dreamed, I simply combined the musicians from both works for the instrumentation of my album of songs. I used the same instrumentation, minus the piano, when transcribing Ravel's Mélodies hébraiques, adding to them the last and delightfully malicious part of Stravinsky's The Owl and the Pussycat.
The chanson is above all part of the allegedly common tradition that turns memories or timeless celebration into such a convention that it can easily mime its own theatre and become a working drawing, distanced from one's own memory. This is what lies at the heart of these children's songs. By using different geographical climates and a few typically female tasks, the anthology explores several forms of the genre. The first song is a sad street cry. In the second rhapsodic song, with its undertones of sub-Saharan Africa, the piano (with closed keyboard), viola and cello are used like wooden drums, while the flautist plays only the top of the instrument. The third song (with piccolo) is a sort of epigram, where the striptease is a metaphor for stripping down as much as off. The fourth is an epic song in which the music and the melody are dissociated, while the final song, the cold pole, is a strophic song pierced by the gusts of wind in the poem.
The Cinq Chansons were first performed at the Théâtre du Châtelet, Paris, on 2 January 2000, by the Swedish mezzo Katarina Karnéus and the Fa Ensemble.
The album is dedicated to Malik Prince, the son of Marie Redonnet, who was born in Bethlehem on 17 April 1998. 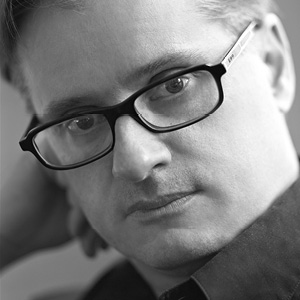